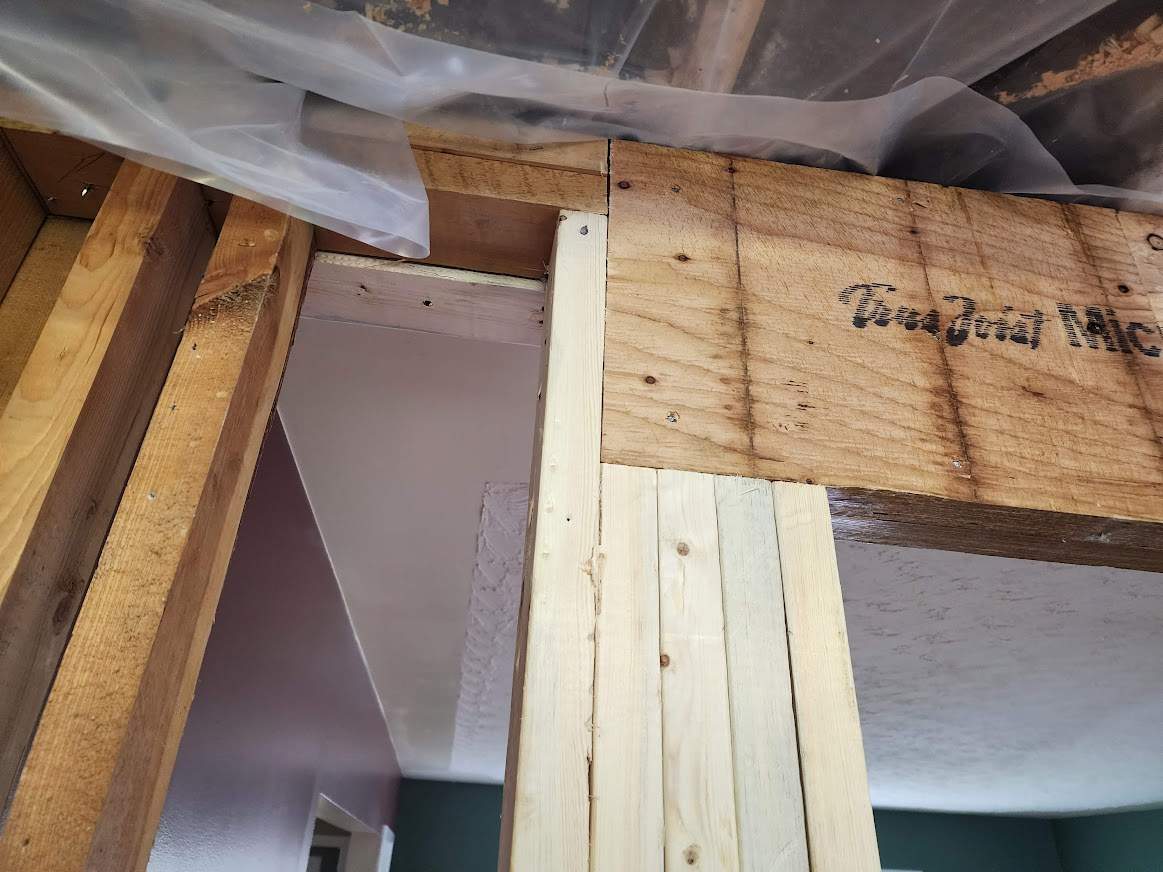 What is the Likely direction of joists?

One of the first things to do when determining if a wall is non-load bearing and can be easily removed with no worries, or a Load Bearing that would be catastrophic to remove is stepping outside the home first.

A gable roof will typically rest on both outside walls (assume all exterior walls are load bearing) and require support along the direction of roof in the middle.

Also Joists will typically run the SHORTEST span of the building so right away from viewing it from outside you start getting a sense of the structure within the home.

So from outside by looking at both the roof build and building shape starts lending clues as to what walls would be load-bearing.  The reason is a wall running parallel to the joists are NON LOAD BEARING.  Walls Running across all the joists, floor or ceiling joists are POTENTIALLY Load Bearing Walls, that require an expert to remove.

Where is the Structure in the Basement?

Next spot to look for clues as to if a certain wall is load-bearing is in the basement.  A load bearing wall can not simpley float with no support below.  Look in the basement for the following:

if a basement is un-finished this is obviously easier, but if it is completed take a moment to look in the unfinished areas of the basement like the mechanical room.

Look for any Large Metal, or Wood Beam.  These beams will be often supported by posts, and usually nest into the exterior cement wall.  Look for posts within the basement.   Again this post may be hidden as a column behind drywall, or be hidden in a wall that runs through the support (as a good builder would do).

Also often the beam is larger than the joists, or is actually placed beneath it so look for bulkheads as well.

Look Under the Floor for Clues

Sounds strange doesn’t it.  But hvac does often run perpendicular to joists, but usually run within the joist space.  So again we are trying to determine and confirm the joist directions.

So how do you look under the floor to determine if a wall is load-bearing?  Though you would never ask!

Open the heat registers and look or feel which way the heat duct is getting there.  Again typically the source duct will run within the cavity between joists.

So again if the wall is Perpendicular to the Joists it could be Load Bearing.  If it is parallel it could be load-bearing.

Look Above the Wall for Clues

See what I did there, below, and now above.

how do you know if a wall is load bearing?  One of the clues is there is walls directly above and always below.  If you are on the top floor of the house, and you have an attic, I would suggest also going in to look directly above the wall.  If you find Ceiling Joists are ending just past that wall on either side.  Staggered.  If the ends terminate over top of the wall it is 100% guaranteed you have a Load Bearing Wall, and to remove it is best left to the experts.

Where is the Load Bearing Wall and its span

Another aspect to look at is the location of the wall.  You may have a wall that is perpendicular to the joists and is located 4 feet from an exterior wall, like a bathroom wall or a closet, this is almost certainly not a load-bearing wall, as structural walls tend to be found near the middle of the house, or near roof direction lie changes.  So location can also be a clue.  The span of bearing walls also tend to run longer so a short closet wall is likely not, but a long hallway wall could very well be a clue that the wall you wish to remove is holding the load of the upstairs and the roof and snow.

We are licensed by the city, Insured for your safety, WCB compliant for your security.  We plan in 3d for your peace of mind and communicate openly and honestly out of respect.